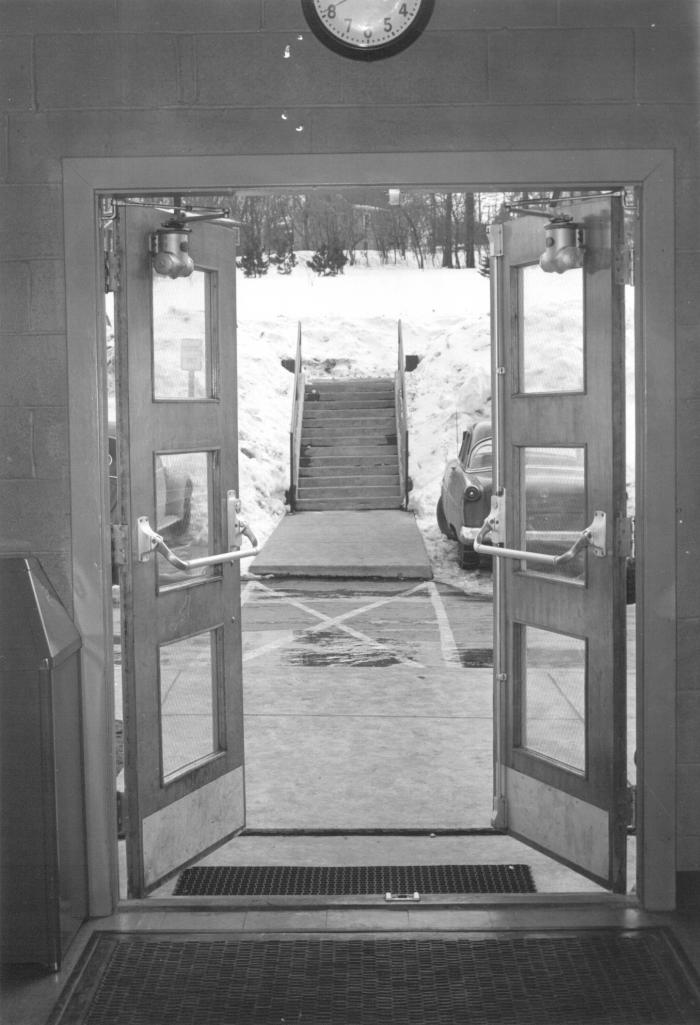 Looking out of the Main Classroom Building in the 1950's.

Where the past meets the present...

With about 800 students and a wide range of educational opportunities including twelve baccalaureate degrees that can be completed in York, five associate degrees, the first two years of most Penn State majors, and a focused master's degree in teaching and curriculum, Penn State York has grown to be an important part of the York community.

In 1926, a young chemical engineer named Bill Allen moved to York to work for a metallurgy firm. He was told by his boss to determine costs for the firm's products, but Allen didn't have the background necessary to do the job. He contacted J. Orvis Keller at Penn State, and urged him to organize a business management course in York for fourteen students, all of whom had engineering backgrounds.

Penn State set up a program in accountancy, conducted by Engineering Extension and taught by professors who commuted to York from State College, at the newly built York YMCA, and the beginning of a long relationship between Penn State and the York area began.

Thanks to the work of Bill Allen, the connection with Penn State was made and York began reaping the benefits of University resources. Allen, whose grandchildren later attended Penn State, always considered Penn State York his special grandchild. 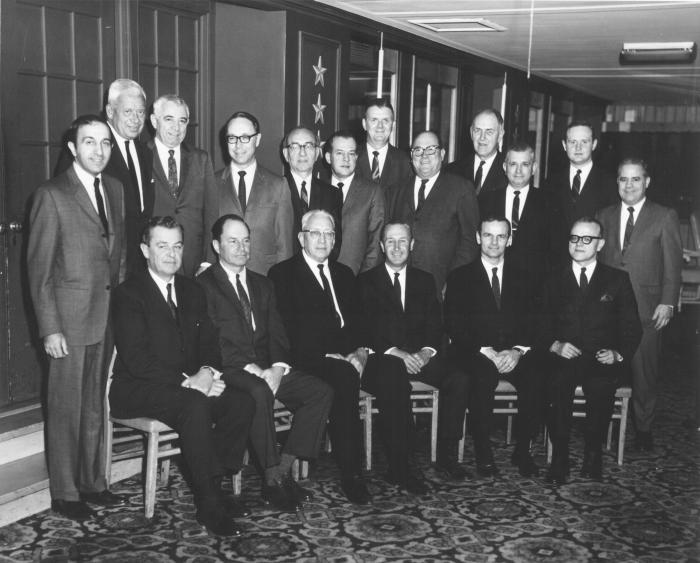 Advisory Board photo from the 1950s

An Advisory Board of the York Center was incorporated in 1933 and continued their work to bring more Penn State resources to the area.

In 1939, the federal government designated Penn State, the land-grant institution of the Commonwealth, to conduct engineering, science, management and defense training programs in York. Classes met at the William Penn Senior High School. 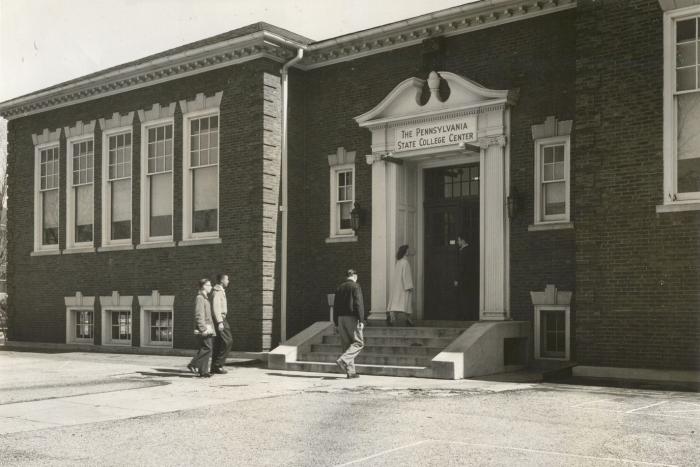 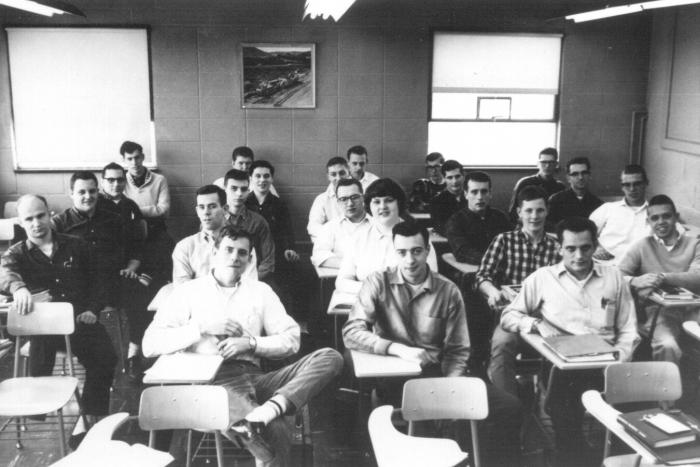 In 1939, the federal government designated Penn State, the land-grant institution of the Commonwealth, to conduct engineering, science, management and defense training programs in York. Classes met at the William Penn Senior High School. The first graduates, fourteen men, completed the program in the summer of 1941. A polio epidemic in the York area caused classes to be canceled during the fall of 1941, but classes resumed in February 1942.

Enrollment swelled during World War II, and classes were held at both William Penn and York Junior College through June 1945. By the spring of 1946, several thousand people had completed or were in the process of completing their programs of study. These academic programs were conducted on a part-time basis, requiring five years to earn a diploma in one of several majors.

After the war, returning veterans, in addition to those already in the program, brought new pressure on the University to accelerate the programs. In 1949, a one year, full-time, day technical program offering a diploma to its graduates was instituted. Penn State York dates its official beginning from this time. 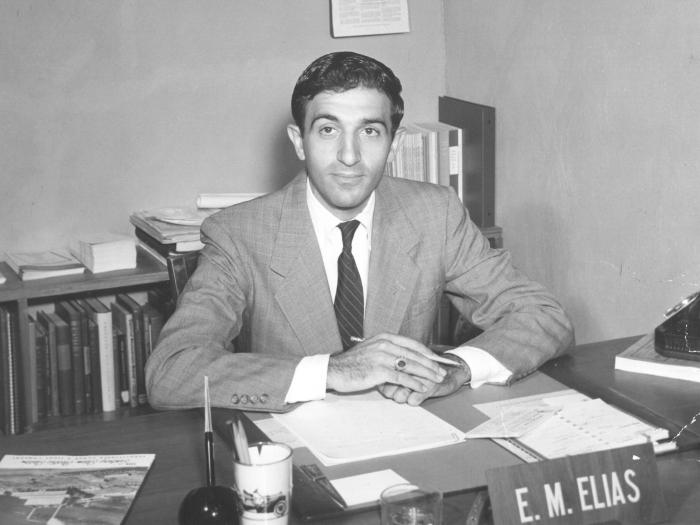 By fall of 1950 the York Center consolidated both its day and evening operations into the Wilson Elementary School on Carlisle Avenue, which it leased from the School District of the City of York, while Allen, now a member of the Center’s Advisory Board, searched for a permanent location for the center.

Also in 1950, Edward M. Elias became the first full-time employee and faculty member at the Penn State General Extension Center in York. At that time the center served twenty-five daytime and 300 evening students. The York Center remained at Wilson until the fall of 1953, when it was moved into the Shiloh Elementary Building. 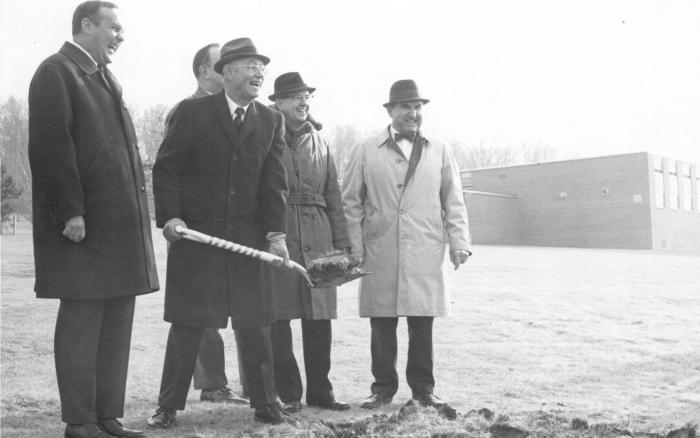 Elias, considered one of the founders of the campus, recognized the need for a permanent facility. Elias saw that goal begin to become a reality in 1956, when the school’s advisory board provided funds to purchase eight acres of land on Edgecomb Avenue and the construction of the first campus building.

As enrollment increased, a two-story, 100-by-75-foot, classroom-laboratory-administration building was constructed. In 1959, the York Center officially became the York campus as part of a general University reorganization which established the Commonwealth Educational System, now known as the Commonwealth Campus System.

Elias served the campus until 1985, helping to bring Penn State York from a part-time extension program that rented space in old elementary schools to a complete undergraduate campus. 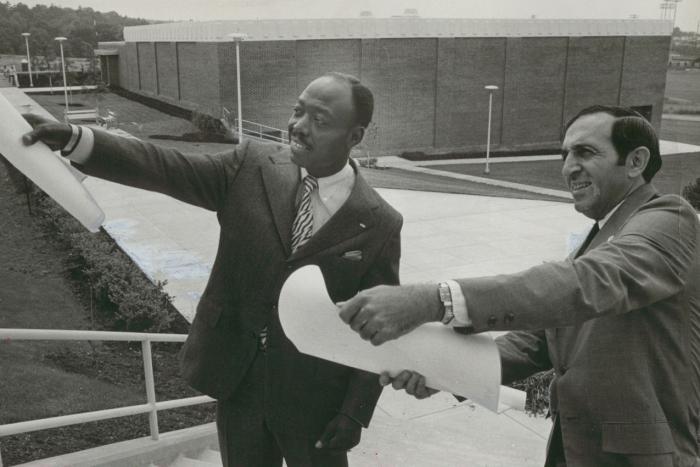 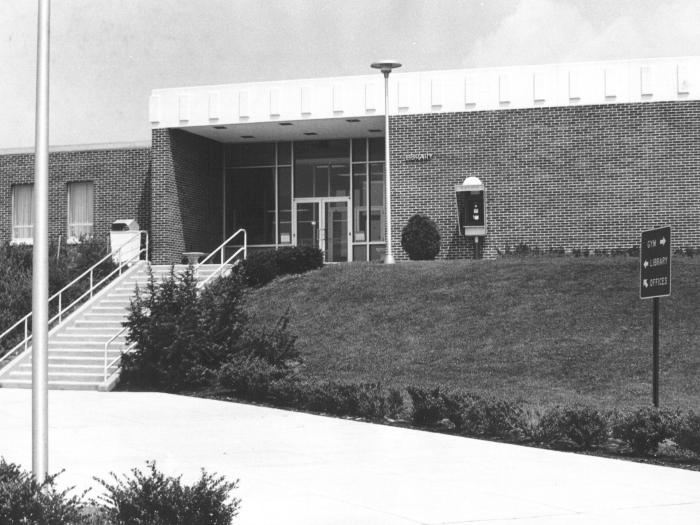 Anticipating an increase in college students due to the arrival of the "baby boom" generation, the Penn State York Advisory Board conducted a local fund-raising drive to add a classroom wing. In 1966 the new facilities were opened and a limited bachelor's degree program was offered in engineering and science. By 1968 the first two years of almost all of the University’s baccalaureate majors were available.

Construction took a giant step forward when the General State Authority and the federal government provided funds to build a much-needed library, science wing and gymnasium. Ground breaking occurred in early 1969 and the buildings were dedicated and in use by the fall of 1970. 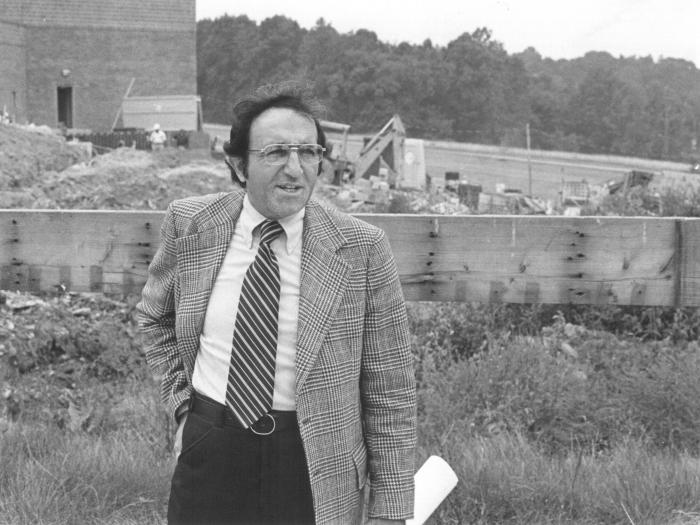 Edward M. Elias during construction of the Student Community Center.

A $750,000 capital fund-raising effort provided the money to construct the Student Center (now the Joe and Rosie Ruhl Student Community Center) adjacent to the gymnasium in 1976. This construction completed the core campus buildings.

Associate degree programs were expanded with the addition of Letters, Arts, and Sciences in 1968 and Computer Science in 1970. Associate degree students were now able to transfer to some baccalaureate programs and complete their degree requirements in two additional years. 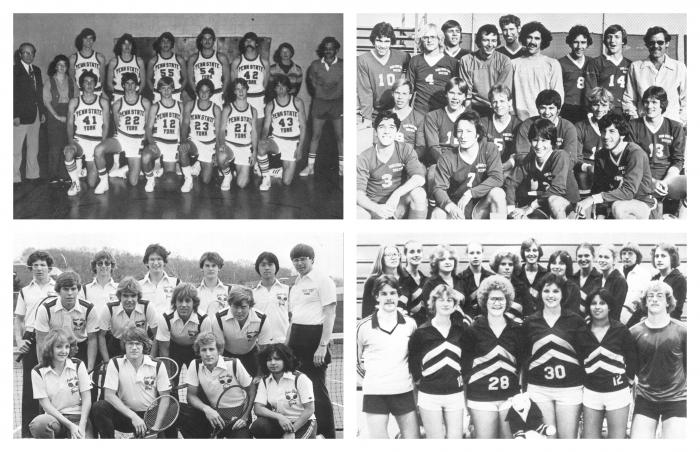 Enrollments continued to grow throughout the '80s. The associate degree programs were expanded with the addition of Business Administration. Associate degree students were now able to transfer to some baccalaureate programs and complete their degree requirements in two additional years. Campus athletic programs continued to grow and the campus included soccer, volleyball, basketball, wrestling, golf, tennis, and cheerleading.

Penn State York’s many partnerships in the community and work with the City of York helped bring about growth in the size of the campus. In 1990, a generous donation of thirty-three acres of land by the City of York increased the campus size three-fold bringing it to more than fifty acres. 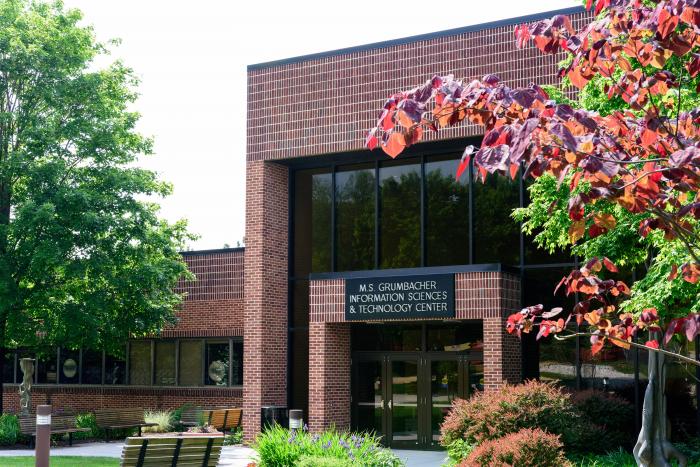 In June 1991, the campus dedicated another new facility, a computer and bookstore building (M.S. Grumbacher Information Sciences and Technology Center), the result of another community fund-raising effort which exceeded $2.1 million. The new building centralized and consolidated all campus computer facilities, provided improved faculty office and support spaces, and opened a new and modern bookstore to serve the campus and community.

In 1994, the Focused Master's Degree in Education, Major in Teaching and Curriculum, began in York through a partnership with Penn State Harrisburg. The program, built with the input of teachers and district superintendents, provides a course of study designed to enhance the skills of K-12 teachers in York County. Through this program teachers learn the latest research, theory and practice; integrate current theory and research into the classroom; prepare to meet new Pennsylvania Department of Education regulations; pursue professional development goals; address their district’s staff development and strategic planning goals; and learn to manage change effectively. In 2002, the program boasted an enrollment of 447 teachers and 260 teachers have graduated and earned their degrees. The success of this program has helped change the face of education in York County.

On July 1, 1997, Penn State's Commonwealth Educational System (the administrative unit previously responsible for oversight of the University's campus system) reorganized to better meet the educational needs of Pennsylvania residents, particularly those residing in communities in which the campuses are located. One of the reorganization's outcomes was the creation of the Commonwealth College, which consists of twelve Penn State campuses including York. Historically, the campuses offered associate degrees and the first two years of a baccalaureate education to students who were expected to complete their degree at University Park. With this reorganization, campus locations, through the Commonwealth College, were allowed to begin offering baccalaureate degree programs in addition to their traditional course offerings.

Penn State York continues its rich history with the construction of a combination Library and Performing Arts Center, which was completed in August 2005. This $11.9 million facility is an asset to the campus and community.

Renovations to the campus continued with the opening of the Edward M. Elias Science Center in May 2010.

Penn State York continues its rich history with the construction of the new Ralph G. and Madeline B. Swenson Engineering Center in August 2011.

This is Penn State York

Find answers to frequently asked questions and changes on campus as a result of the global coronavirus outbreak.