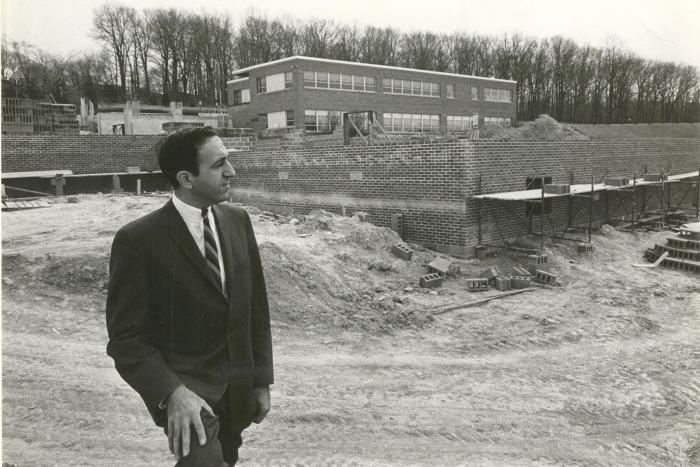 Throughout the years, Penn State York has continued to provide training and education for the local manufacturing community which dates back to its original beginning in York . The campus works with local business and industry to provide on-site credit and noncredit courses at Harley-Davidson Inc., Starbucks, Tyco, Susquehanna Pfaltzgraff, Honeywell, United Defense, York International, Snyder’s of Hanover and WellSpan Health. Numerous business and industry partnerships have been formed throughout the years with the campus leading the way with educational opportunities.

Penn State York is actively involved in community outreach, economic development and outreach to community youth and public education. Whether it's a program for middle and high school students or seminars and workshops for child care workers, Penn State York is dedicated to working with, and doing what’s best for, the community.

Flags fly on the campus representing the homelands of students, faculty and staff, including Spain, Turkey, Russia, Japan, Thailand, Zimbabwe, Italy, Canada and Vietnam to name a few. The flags symbolize the pride Penn State York takes in the ethnic heritage of the campus and a commitment to providing an environment where all opinions are valued and respected. These diverse groups of people who make up Penn State York gather strength from hard work, family, and each other.

The campus enrolls about 1,000 students in credit courses, ranking York as one of the largest in enrollment in the University College . In addition to those students taking credit coursework, the campus also serves several thousand people annually through continuing education services in both York and Lancaster.

Penn State York continues its rich history with the opening of a new facility on August 25, 2005, featuring the Pullo Family Performing Arts Center, the Lee R. Glatfelter Library, and the John T. and Paige S. Smith Atrium.  This $11.9 million facility is an asset to the campus and community. Renovations to the campus continued with the opening of the Edward M. Elias Science Center in May 2010 and the Ralph G. and Madeline B. Swenson Engineering Center in August 2011.

This is Penn State York

Find answers to frequently asked questions and changes on campus as a result of the global coronavirus outbreak.