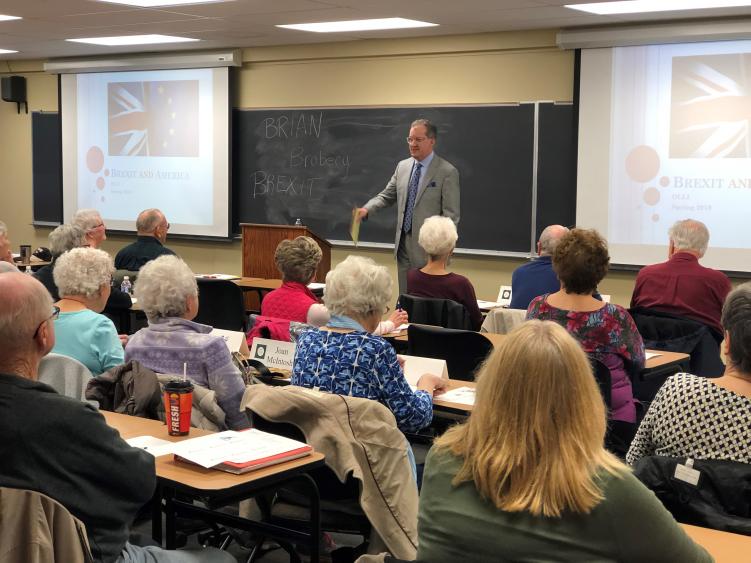 Brian Broberg shares his expertise with members of the Osher Lifelong Learning Institute (OLLI) at Penn State York during the course, Brexit and America.  Penn State York's OLLI group is participating  in the Give Local York event on May 3 to help raise money for the program for mature adults who never want to stop learning.  The group has almost 700 members.

YORK, Pa. — For almost 700 mature adults who never want to stop learning, the Osher Lifelong Learning Institute (OLLI) at Penn State York provides a variety of classes to enhance their lives, expand their minds, and have fun. OLLI is a nonprofit organization, and one of more than 300 participating in Give Local York, a 24-hour fundraising event across York County. This year, the online day of giving is Friday, May 3.

In addition to the online event, the York OLLI group will host an event on campus from 2 to 4 p.m. in the conference center where visitors can network and donate. This is OLLI’s second year participating in the event, and they have set a goal of $10,000.

“Our primary fundraising goal is sustainability,” said Jen G. May, director of OLLI at Penn State York. “We do not receive state-appropriated funding and most of our revenue comes from membership and course fees. Increased annual giving will allow us to augment our OLLI endowment and enable us to keep our fees as low as possible so all York County residents can benefit from OLLI. As one OLLI member stated, ‘You get to go to great classes at an affordable price and there is no homework, no tests, no grades; it’s just fun!’

May also noted that gifts to an endowment are extremely rewarding because they are invested in perpetuity. In other words, it’s a gift that keeps on giving. Donors can donate to OLLI at Penn State York on May 3 through this link. There will also be links on the OLLI Facebook page, @OLLIPennStateYork, and its website.

OLLI at Penn State York members have a desire to stay active and never stop learning. OLLI came to Penn State York in 2007, thanks to the efforts of three women with a thirst for knowledge and mental stimulation, Olive Padden, and the late Charmaine Kissinger and Gussie Petron.

The idea of offering courses of interest during the day for adult learners without the stress of tests, requirements, and official textbooks appealed to the trio, and thanks to their leadership, OLLI began offering courses in April 2008. Since that time, OLLI at Penn State York has continued to grow with a variety of daytime courses, bus trips, travel trips, walking tours, and other exciting activities.

OLLI is a mostly volunteer-driven organization, established to enrich the lives of mature adults living in York County. OLLI at Penn State York is one of more than 100 lifelong learning institutes across the nation that is supported by a grant from the Bernard Osher Foundation. The grant was made available locally though Penn State, which has OLLI sites at University Park and York. 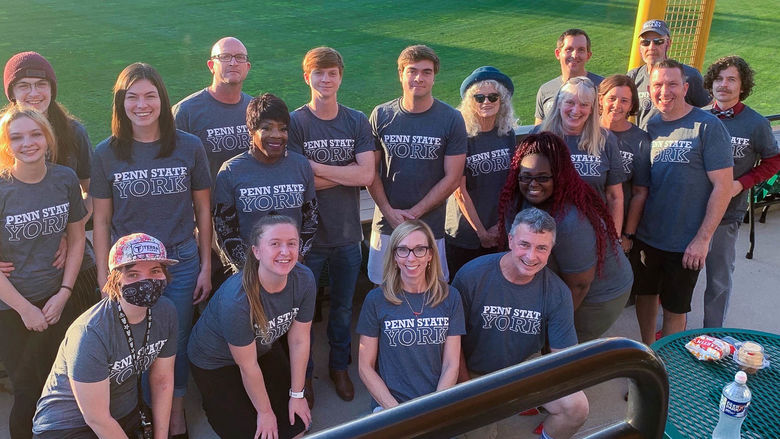 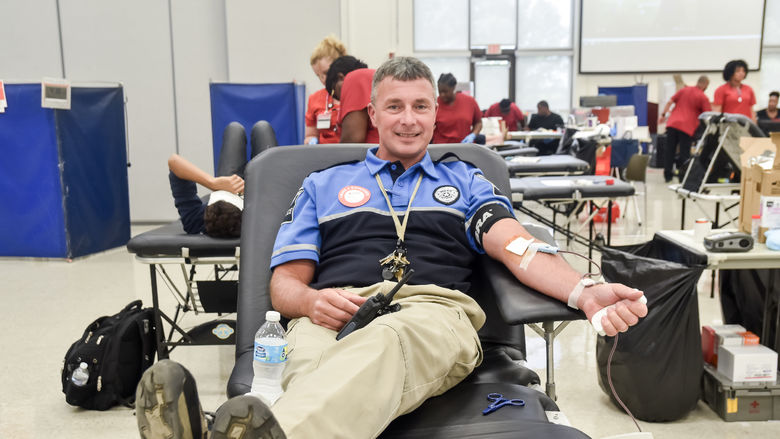 Give the gift of life at the Penn State York community blood drive Aug. 26