Penn State York will honor the late Maddie Hill on Tuesday, Jan. 14, in a ceremony between the women's and men's basketball games. This plaque hangs in the student affairs office at Penn State York as a remembrance of her heroic fight against cancer and her dedication to the cause. Hill battled cancer three times and never gave up on finding a cure for pediatric cancer. She canned with Penn State York Benefiting THON and was an active member of the group even while undergoing chemotherapy. Hill died on June 29, 2016.

YORK, Pa. — “I am not afraid. I was born to do this.” These words from the late Maddie Hill, as she battled cancer, continue to inspire the Penn State York community to honor her during the third annual Maddie Hill Basketball Games on Friday, Dec. 7. Hill was 19 when she died on June 29, 2016, after battling cancer three times.

The ceremony, at about 7:30 p.m., will be held between the women’s and men’s basketball games in the campus gym in the Joe and Rosie Ruhl Student Community Center. A number of speakers will share a few words in remembrance of Hill during the ceremony.

The women play at 6 p.m. and the men play at 8 p.m. when they take on Penn State Schuylkill. The event and basketball games are free and open to the public.

Hill was a Penn State York student majoring in human development and family studies, a Penn State York Benefiting THON member, a Four Diamonds Child, Blue & White Society member, and an inspiration to everyone she met, according to members of the York THON group and York campus faculty and staff.

A 2015 graduate of Dover High School, Hill was an outstanding soccer player and athlete. Penn State York does not have a soccer team, so when discussions began about what to do to honor her, Terri Van Slyke, Penn State York’s women’s basketball coach, and Jeff Barkdoll, the interim athletic director at the campus at that time, suggested honoring her at a basketball game. The York THON group agreed, and she was honored for the first time on Dec. 2, 2016. In addition, as a permanent tribute to Hill, a plaque honoring her is displayed in the student affairs office located in the Joe and Rosie Ruhl Student Community Center. This office area, which offers a variety of student services, also is the home of the Student Government Association.

Basketball players, as well as many others attending the games, will wear #fightlikehill shirts at the event to show their support. The phrase “fight like Hill” became the mantra of Dover community members and others as they supported Hill in her battles with cancer. The phrase lives on as a symbol of Hill’s tenacity and determination.

Sporting a #fightlikehill shirt, Justin Luton, a member of the Penn State York basketball team, warms up prior to the 2017 basketball games honoring Maddie Hill. Members of the women's and men's basketball team, the athletics staff, the York THON group, and others will wear shirts honoring Hill at the games set for Dec. 7.

Donations for THON 2019 in support of York’s three dancers can still be made, and will be accepted at the Hill event. Donors also can give online. Donations made to the Penn State York Benefiting THON will be credited to the campus and then added to the final total at University Park. Checks in support of THON should be made payable to: Penn State Dance Marathon or THON, and sent to Penn State York, 1031 Edgecomb Ave., York, PA 17403. Please be sure to note "York, Org. 170" in the memo line of the check. 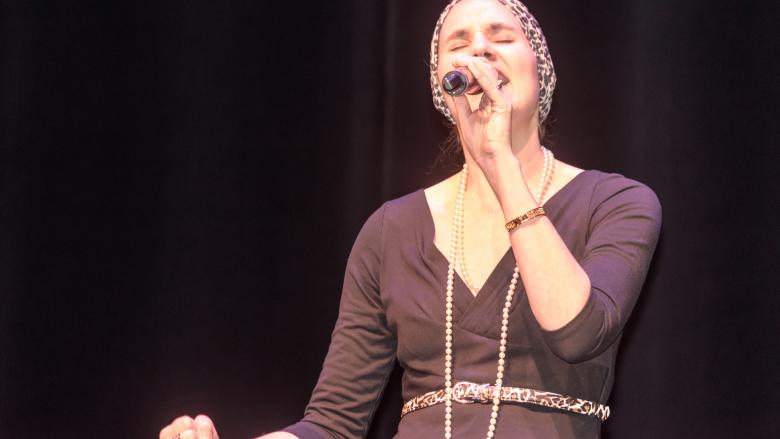 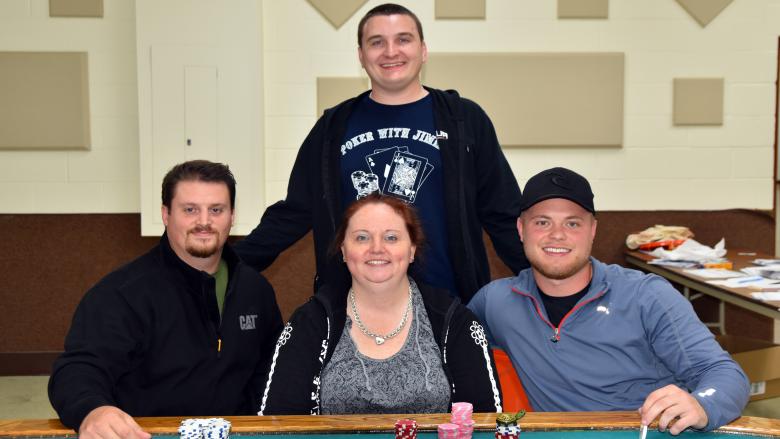