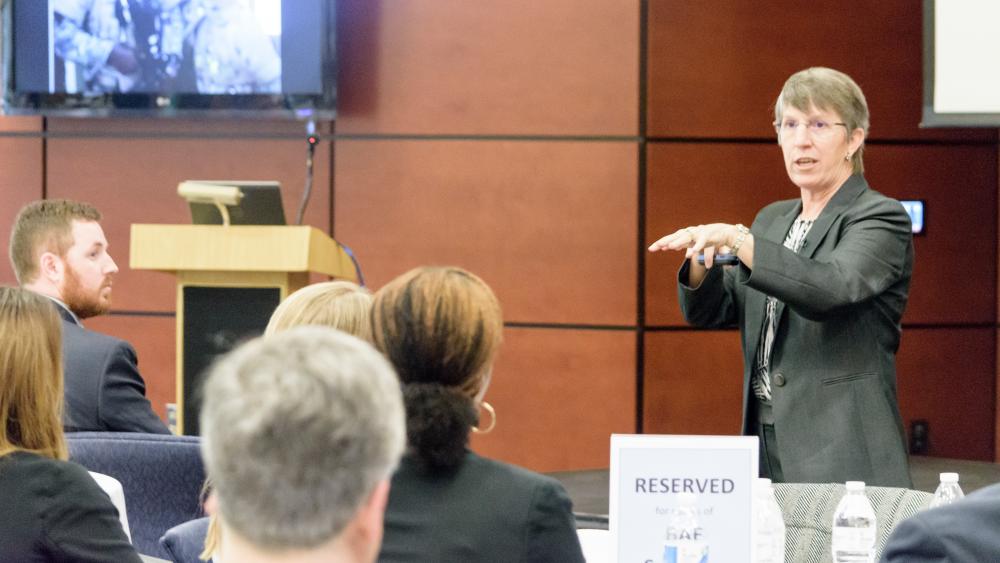 Be committed and hold yourself accountable was advice from Becky Halstead, retired Brigadier General, United States Army, who shared her thoughts on leadership during a breakfast presentation entitled Inspiring Courageous Leadership on Nov. 8 at Penn State York.  The program was part of The Graham Center for Entrepreneurial Leadership Studies Speaker Series, and was sponsored  by the center and BAE Systems.

“Leadership is a choice, lead yourself. If you can’t lead yourself, how can you expect to lead others? My definition of leadership is that leadership is the fusion of heart and mind in selfless action, for the betterment of others, to effectively accomplish the mission, and make a difference. As a leader, be your best, be the standard, and leave a legacy.”

Halstead’s visit was sponsored by The Graham Center and BAE Systems, one of the center’s corporate partners.

Halstead founded her own leader consultancy company, STEADFAST Leadership, LLC, following 27 years of service in the U.S. military, and her role as executive director for a leadership consultancy company. She specializes in inspirational speaking (nationally and internationally; corporate and academic), developing leader training programs, leader coaching, consulting, and advising. She authored her first book on leadership, “24/7: The First Person You Must Lead Is YOU.”

She has more than 15 years of executive‐level leadership experience, developing and training high-performing, complex and diverse teams capable of strategic planning and execution. She has a proven record of leading change, building successful teams in demanding environments, Afghanistan, Iraq, Germany, and South America, and creating innovative solutions, systems and programs to complex problems. She is an experienced leader and logistician, a highly effective communicator, and a strategic planner with exceptional organizational skills.

A 1981 graduate of the United States Military Academy and achieved a historic milestone as the first female graduate of West Point to be promoted to General Officer. She was the senior commanding general for logistics in Iraq, and was the first female in U.S. history to command in combat at the strategic level. In this capacity she was responsible for leading more than 200 multi‐disciplined units, 20,000 military and 5,000 civilians, located across 55 different bases, providing supply, maintenance, transportation and distribution support to over 250,000 personnel serving in Iraq.

Halstead honorably served with the U.S. Army and retired as a general officer in 2008. The culmination of her career came in 2006 when she became the first female chief of ordnance and commanding general of the Army’s Ordnance Center and Schools, equivalent to president of a university, responsible for the leader development and institutional training for the second largest branch in the army with in excess of 100,000 members of the Ordnance Corps.

During active service, she served in Europe as the deputy commanding general (chief operating officer) for the 21st Theater Support Command and has experience leading a multi-national team in wholesale level logistics operations. Prior to Europe, she served as the chief adviser to the combatant commander, (four star general, for Southern Command, whose responsibility encompassed military training and operations for South America. She was also responsible for coordinating directly with high‐level organizations such as Office of the Secretary of Defense, Joint Chiefs of Staff, Department of State, U.S. Congress, U.S. Ambassadors and equivalent foreign military and civilian organizations.

She is a recipient of the 2007 National Women’s History Project award for “Generations of Women Moving History Forward.” From 2009 to 2010, Becky served as a commissioner on the President’s Military Leadership Diversity Commission. In 2011, her leadership model was a focus of a Harvard Business School Case Study. 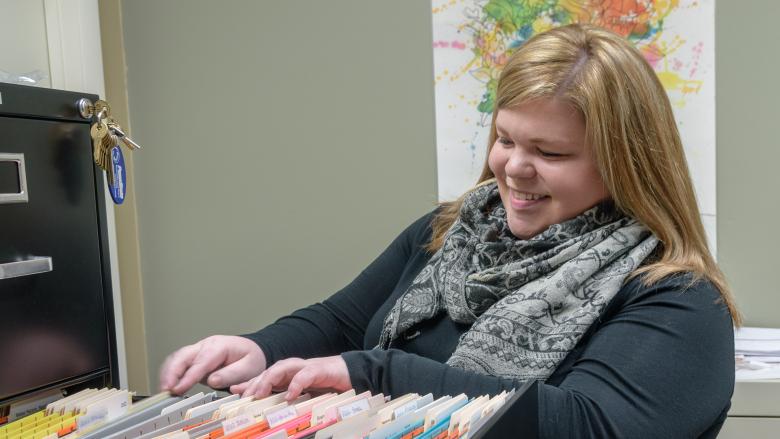