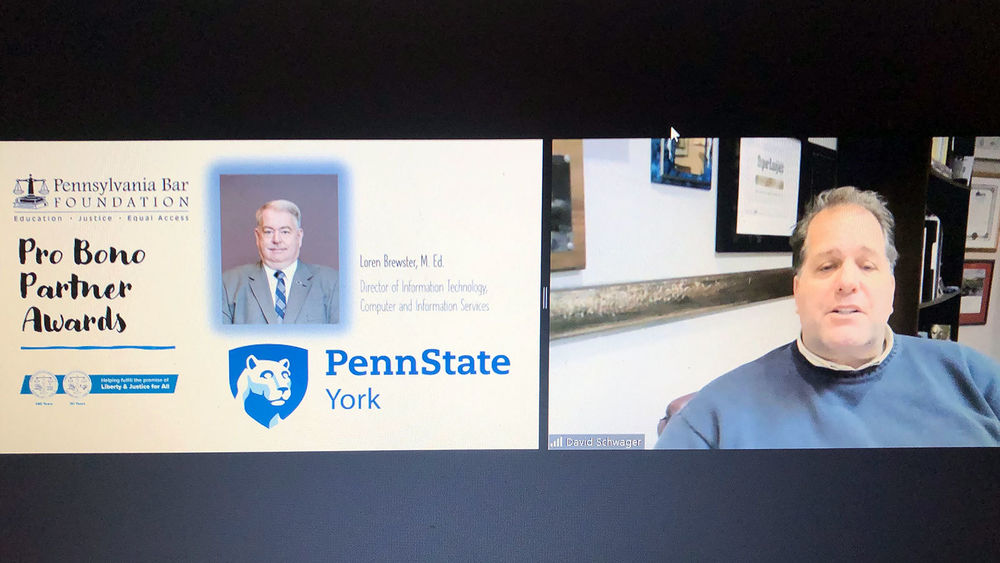 Loren Brewster, director of information technology at Penn State York, was recognized with the Pennsylvania Bar Association’s Pro Bono Partner Award. Brewster has volunteered his time and Penn State York has provided space for the Wills for Heroes program which provides some free legal services for veterans and emergency responders. The program is through the York County Bar Association (YCBA) and the York County Bar Foundation (YCBF).  Awards were presented in January during the Annual Award Dinner held via Zoom.

"As a land-grant institution, Penn State is committed to improving the lives of the citizens of Pennsylvania. For more than a decade, the campus has supported the work of the Pennsylvania Bar Association to provide no-cost legal services to veterans and first responders,” said David Christiansen, chancellor of Penn State York. “Loren's leadership in this initiative has been critical to its success, and it is fitting that his service has received special recognition."

Brewster, 56, earned accolades from the PBA for his computer and organizational skills that help make it possible for YCBA's volunteer attorneys and paralegals, professional advisers and others to provide veterans and emergency responders with wills, living wills, and health care and financial powers of attorney. Notarized legal documents are also provided free of charge.

In addition to providing the space and technology for the Wills for Heroes program, the campus also provides the space for volunteer Continuing Legal Education (CLE) training for paralegals and lawyers involved in the program and private client meetings.

To date, 321 volunteers have gathered at the Penn State York campus to assist with the program. These important legal services have been provided to 539 veterans, police officers, firefighters, other emergency services personnel and their significant others.

Launched in 2010 under the leadership of attorney Mac Brillhart of Stock and Leader, a York-based law firm, the YCBA's Young Lawyers Section Wills for Heroes program in partnership with the Wills for Heroes Foundation, the Pennsylvania Bar Association and Leave A Legacy York County is held annually each September. Due to the pandemic, the event was unable to be conducted in 2020 but the hope is that the program can resume in fall 2021. 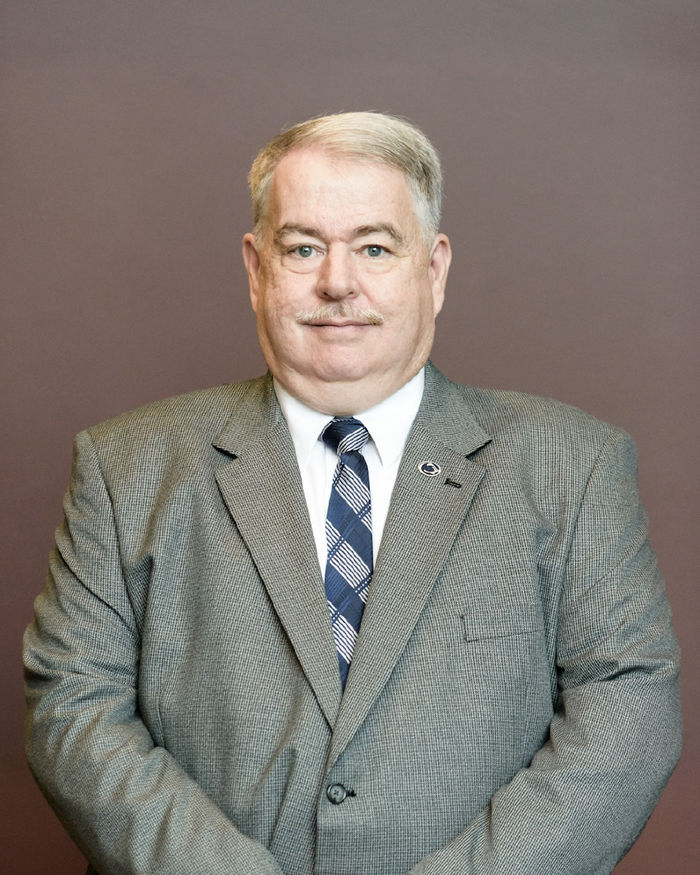 For Brewster, meeting the families seeking services and sometimes being a witness for the notary work, has been rewarding.

“I do think it is important for first responders and veterans to have their legal documents produced at no cost,” said Brewster. “The space at our campus in the upstairs of the Lee R. Glatfelter Library provides plenty of privacy for those providing and receiving services, he said. “The campus has also made computers and other technology available."